Traditionally, TV has been the main source of information for Latinxs in the U.S. This is changing: Viewership among Latinxs fell to 79 percent in 2016 from 92 percent in 2006. Today, TV is the most commonly viewed platform only among older generations, as is the case in the greater TV industry in the U.S. and abroad.

Still, among U.S. Latinxs, TV is still more widely used as a news source than radio and newspapers, according to a Pew Center study, which reported:

The internet, not surprisingly, is the main source of news for younger Latinxs, the report found, with 91 percent of millennials getting their news from such sources  — including social media or smartphone apps — on a regular weekday.

Our research shows that the industry still consists mostly of outlets using legacy formats, with TV, print newspapers and radio making up nearly 80 percent of the outlets. 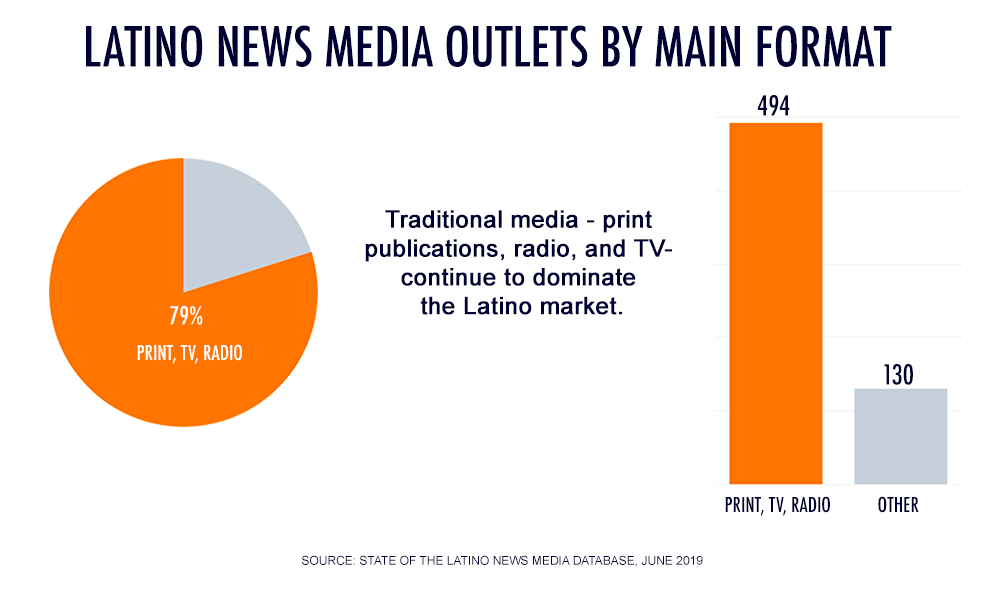 This is true even though Latinxs were early adopters of mobile technology and are among the most digitally savvy, mobile-friendly people in the U.S.

Alfredo Carbajal, Al Día’s editor-in-chief said that in theory this should have worked as a competitive advantage for Latino news media in terms of digital transformation, allowing for more experimentation.

But our research reveals that, with very few exceptions, Latino newsrooms are still struggling to adapt to new formats, new audience demands and a new (and still resisted) mentality of multiplatform news production. (Interestingly, more than half of the English-only outlets that make up just 7 percent of the industry are digital-only or produced in new formats Most of these outlets are based in California, Florida and New York. They include the seven podcasts and two newsletters we cited in our Language section.) 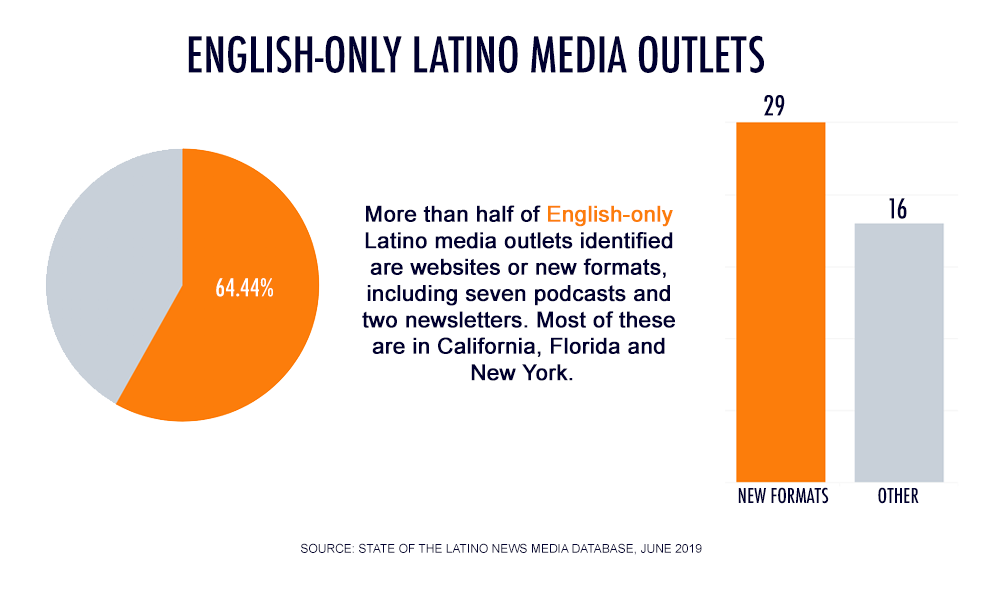 “Most metropolitan [Spanish-language] newspapers are just surviving,” with no resources to focus on innovation, said one newspaper editor. “Their digital editions are still mere copies of their print editions.” Other newsrooms have adapted more successfully, training reporters and editors to produce for different formats and platforms. But in the case of Spanish-language publications, we haven’t found a newsroom that can be used as the gold standard for the digital transition.

Our interviews reveal that TV companies, too, are still lagging behind in the development of digital platforms for new audiences. Univision conducted the most ambitious digital-transformation experiment in 2014, investing in a successful, fully digital newsroom. But it was all but dismantled four years later (more on that in our Outstanding Innovation Models section). And Telemundo’s digital newsroom in Miami does not receive the resources the editors would like to have to create more original content for new formats. (Only a dozen people staff the digital newsroom, an editor said.) Across local stations, digital content is still scarce; it consists mostly of repackaged TV content for the website.

Lack of resources, lack of vision and lack of investment in Spanish-language audiences by legacy Anglo companies are some key reasons for the Latino news media’s slow digital transformation. But there are new outlets — podcasts, newsletters, digital-only platforms and social media-based publications — experimenting with new formulas. These are still a minority but are strong examples of how to engage Latino audiences using digital platforms. 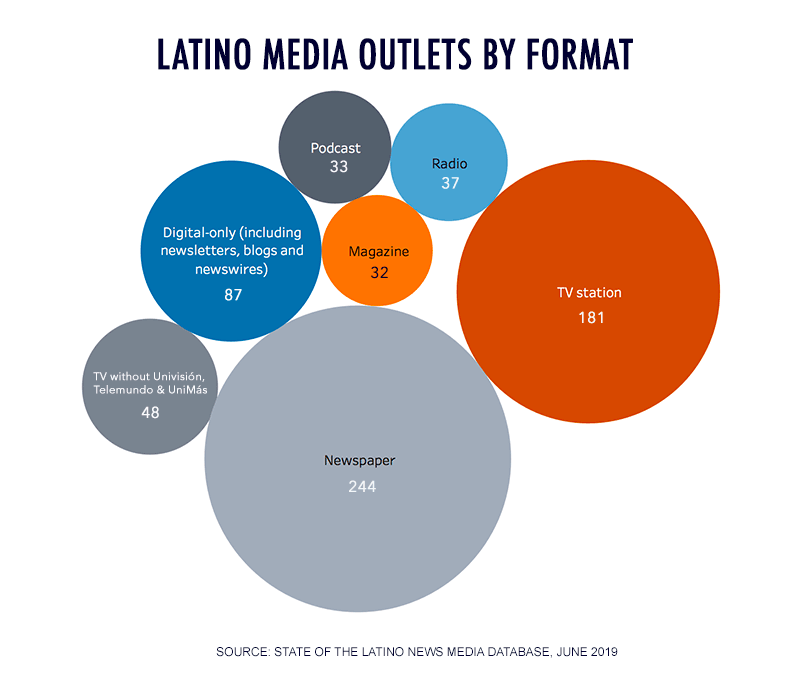